Sat and passed the exam after months of study and C2010-597 several ‘lab installs’ I did find it strange the whole test is pretty much based off of maintaining voice networks rather than installing them. Now when I can be assed to finish my CCNP Route is a different story. But quickly flicking through this dump you could pass the exam with it but there are some new ones in there as well but if you’ve read the material and practiced enough it should be a walk in the park. 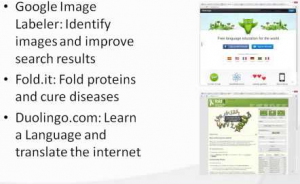 QUESTION NO: 1
A. In the Form Builder
B. In the Data Modeler
C. In the Association Manager
D. In the State Family Manager
Answer: B

QUESTION NO: 6
How can a list be sorted to display more frequent values first?
A. In the Data Modeler, set the sequence order in the properties of the List field.
B. Values can only be sorted in ascending and descending order and cannot be ordered individually.
C. In the Form layout, use the Manual Sort option to arrange the entries in the desired order sequence.
D. In the List Manager, use arrows from the Order column to move entries to the desired order
sequence.
Answer: D

QUESTION NO: 12
The designer is creating a query that will return several thousand records, so he is using the option Prompt Before Query to give the user a chance to reduce the number of records to be returned by the query. When the C2010-597 report is run it does not stop and returns all the records immediately. What is wrong with this query?
A. There are no runtime filters.
B. There are no system filters.
C. The record’s flag Enable Prompt Before Query has not been set in the business objects.
D. The records returned are below a preset threshold used by the platform to enable this function
Answer: A

QUESTION NO: 14
The IF/THEN logic of the workflow is failing. Which task should be checked?
A. Iter Task
B. Fork Task
C. Switch Task
D. Create Record Task
Answer: C

Watch the video to learn more: